Traveling every corner of the world, from Europe to Africa to Asia, within 3 hours.

The impossible mission was accomplished by USTC students at Sino-Foreign Cultural Exchange Festival! 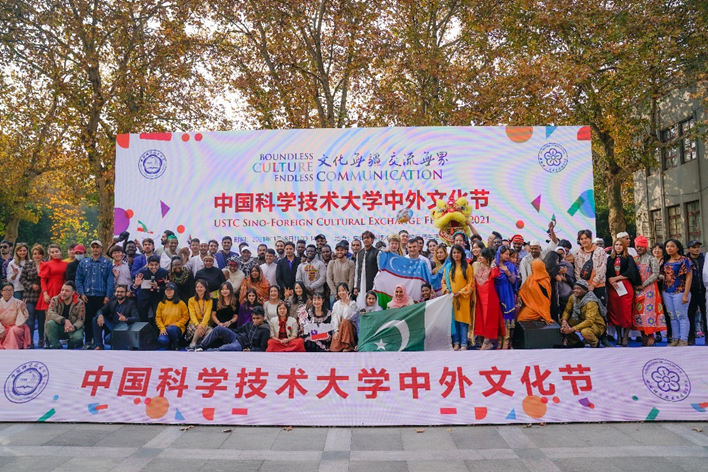 Want to sip a cup of hot British tea?

Want to enjoy the famous milk tea from Pakistan?

Want to taste the exquisite sweets from Russia?

You can enjoy all of these in one place. And yes, it is possible here at USTC!

On Nov 18, 2021, the fifth USTC Sino-Foreign Cultural Exchange Festival kicked off at the Student Activity Center Square at the East Campus of the University and Technology of China. This annual festival was organized successfully at noon under the guidance of the International College and Youth League Committee of USTC, with the support of the Foreign Students Association and related student clubs and associations. At the opening ceremony of the Festival, QU Kun, the Director of Office of International Cooperation, and ZHAO Lin, vice dean of the Youth League Committee of USTC, delivered inspirational opening speeches. QU Kun expressed his sincere gratitude to the various departments of the University for their continuous support to the International College and expressed his sincere wishes for the success of this year's Sino-Foreign Cultural Exchange Festival. ZHAO Lin fully affirmed and highly recognized the series of exchange activities jointly organized by foreign students and Chinese students in recent years, and encouraged them to communicate and exchange more and work together to play an active role in promoting people-to-people bonds of all countries and promoting the building of the community with a shared future for mankind. This year, students from more than 17 countries participated in cultural stall exhibitions, including China, France, South Africa, Bangladesh, Benin, Pakistan, Russia, Chile, South Korea, Nepal, Ghana, Tanzania, United Kingdom, Iran, Uganda, Sudan, Uzbekistan, etc. More than thousands of USTC students actively participated and mingled themselves with diverse countries and cultures. Through various cultural aspects such as food, costumes, posters, interactive games, etc., the stall representatives displayed the colorful and exotic cultures of their country in a comprehensive manner, so that everyone can promote understanding of the culture of each country in laughter and respect. 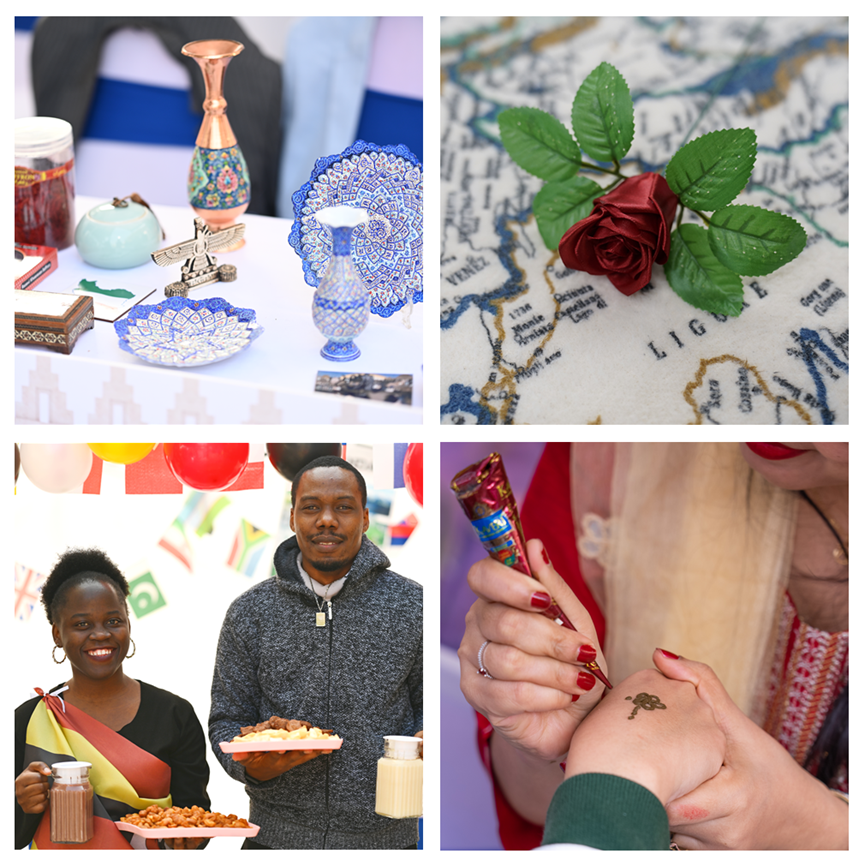 In addition to the cultural interaction, USTC students also brought out their talents and performed on the stage, entertaining the viewers. The members of the Wushu Association vividly demonstrated the charm of Chinese martial arts while GuQin Association played the song "Moon on the Guanshan Mountain" with the Chinese traditional instrument Guqin. A Madagascar student led his "Animal Kingdom" and danced joyously with dynamic music, passing enthusiasm and happiness in every scene to their audience. Nepalese student sang "My Chinese Heart" affectionately, depicting his love for China. Nigerian student dressed in Hanfu and recited a Chinese ancient poem "Papaya", showing her obsession with Chinese culture. Burkina Faso students and French students chanted the famous poem "Harmonie du Soir” by Charles Baudelaire, portraying the gentleness and romance of France…… The event was a successful mash-up of diverse cultures and profound Chinese traditional culture, which blended into a unique flavor of international culture. Every performance seized the moment, taking the audience on a whirlwind of emotions, happiness, and understanding. Culture has no borders. Communication has no barriers. When every culture understands each other, the world is reinforced and becomes stronger and connected more than ever. The successful holding of the Sino-foreign Cultural Festival not only made everyone feel the unique charm of Chinese and foreign cultures, but also further enhanced the students' enthusiasm for inheriting Chinese traditional culture, and promoted the growth of the students to have a global vision and feelings of the world. The festival is to instill the virtues of openness, love, respect, entrepreneurship, and inclusiveness in our USTC students, the leaders of the next era, who are cooperating missions to build a community with a shared future for mankind and demonstrating the spirit of "brothers in the four seas, and friends from all over the world".

Let us embrace the world and move toward the future at the cultural festival at USTC!

See you next year!