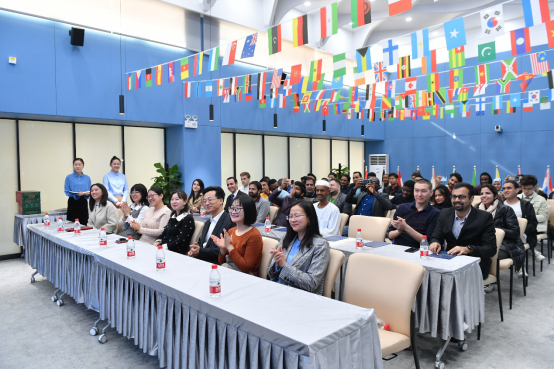 First of all, Mr. Jiang delivered a cordial opening speech, which fully affirmed the outstanding performance and the positive spirit of international students, as well as put forward earnest hope that students could continue to work hard to realize personal value in the practice of promoting social progress and accomplish greater achievements when growing into excellent talents in the International Community. 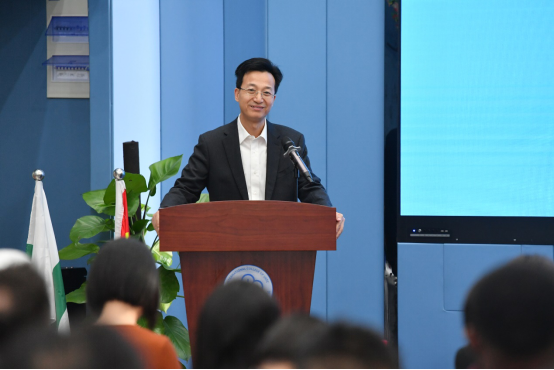 The first award presented was the Academic Excellence Award. The five awardees are: Mohamed Khairy Gomaa Massoud Albolkany, Vithiyapathy Purushothaman, Adeel Feroz Mirza, Rafay Ahmed and Shafaq Sahar. Mohamed Khairy Gomaa Massoud Albolkany, Ph.D. student enrolled in 2017, gave a speech as the representative, sharing valuable experience around his academic achievements during his time at USTC, and calling on international students to cherish and make full use of USTC's rich and high-quality scientific research resources to climb up to new heights in their studies. 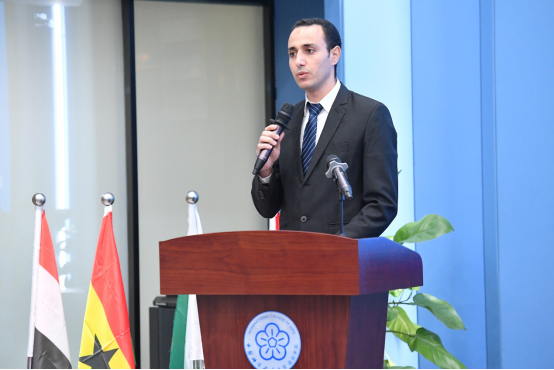 The second award presented was the Social Services Award. The four awardees are: Mohmmed Mun Elseed Hassaan Yousif, Faryal Farooq, Mirabbos Mirkamalov and Muhammad Hunain Memon. Faryal Farooq, current president of the Foreign Students Association (FSA), spoke on behalf of the award-winning students and shared her intrinsic driving force in social services: the belief in mutual help among people, and called on more international students to participate in social services. 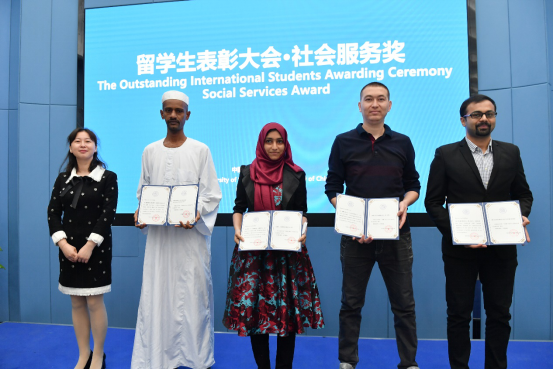 The third award presented was Student Activities Award. The five awardees are: Kasina Kaewketsumphan, Ivan Milevskiy, Noor Ul Amin, Adrian Pawel Sitko and Oluwatoba George Adedokun. Olwatoba George Adedokun, master student enrolled in 2019, gave a speech on behalf of the awardees. He shared his experience of participating in the cultural and sports activities, pointing out that the most important part is to learn to cooperate with others, because a united team can play a greater role. He also encouraged other students to participate actively in the various activities organized by the International College and the university, to present a vivid and colorful image of international students. 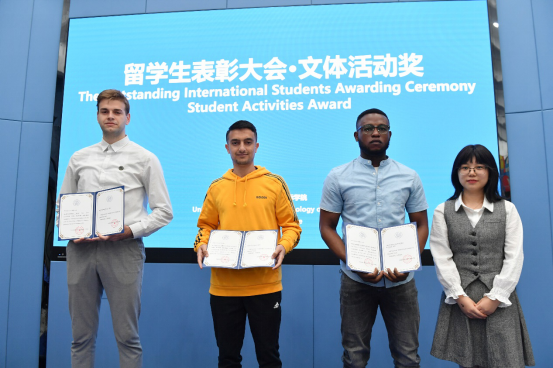 Last but not least, International College expressed heartfelt appreciation to the volunteers who worked hard during the fight against Covid-19. Back to the beginning of this year, international student volunteers provided support and assistance, in spite of numerous difficulties, to the international student community living on and off campus, such as helping distribute and donate medical supplies like masks. Their perseverance and selflessness inspired all of us as an example. 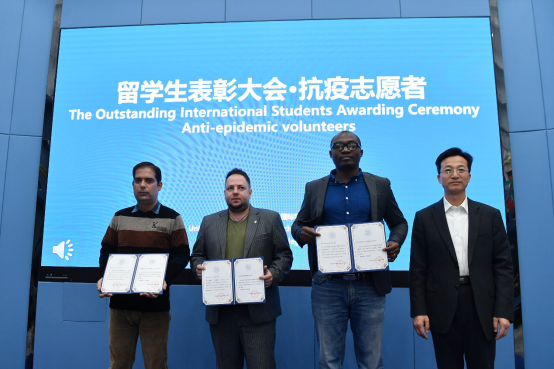